In the past couple of weeks, the news has been filled with the saga of the county clerk who is refusing to issue marriage licenses in light of the Supreme Court ruling allowing same sex couples to marry in all 50 states. I didn’t really have an opinion on the ruling; I just wanted both sides to be calmer and more charitable. I didn’t want to add to the noise. 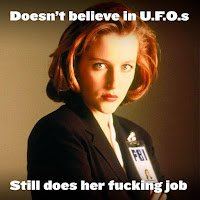 Most places complied with the ruling. But one clerk in eastern Kentucky refused to grant marriage licenses to gay couples, then all couples, and forbid her deputy clerks from doing so. As an elected official she can’t be fired; she must be impeached, except the Kentucky legislature doesn’t meet again for several months. So she was held in contempt of court, thrown in prison for a few days, and the case still hangs in limbo as everyone waits to see if she’ll defy the order again. She’s become a darling of the right-wing. They have cast her up as a martyr for the faith, refusing to ignore her belief that gay marriage is wrong. This is Christian persecution, they say. What it really is though is a piss-poor example of Christianity.


This is what people think of when they think of Christians: conservative politicians using Pentecostal/fundamentalist exegesis to assert political power under the guise of morality. They think of judgmental hypocrites. They think of angry protesters, angry not at the true injustices of the world, but angry at the lack of theocracy. This issue with marriage licenses is not standing up for the truth; it is hiding the truth by misrepresenting Christianity so horribly.


There are times when one should stand up, make a fuss, fight against evil. And I’m willing to believe that Kim Davis does feel genuine conviction against condoning gay marriages. But when one’s job conflicts with one’s morals, one should quit. Quit loudly, let it be known that the position is morally corrupt, but do not expect to be paid while not doing the job. I would not take a job in the infantry but refuse to shoot a gun. I would not take a job as an imam but refuse to teach the Quran. It is unfortunate that the job changed around her, but the right thing to do would have been to quit, to sacrifice employment for the sake of one’s morals. I could understand and respect that. 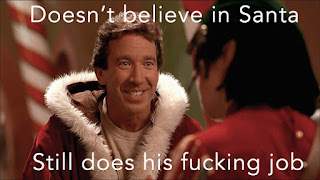 Instead, she held on to her job but refused to do it. She denied legal rights to several couples and threatened those who worked below her. Before this ruling, I’m sure her name was on marriage licenses of atheists, second marriages, couples lacking any discernment or understanding. Most people are focusing on Davis’ own four marriages and calling her a hypocrite. Again, I’m willing to give her the benefit here; a person is allowed to grow and change their beliefs. I think the hypocrisy comes into play with granting licenses to straight couples that contradict Christian understanding of marriage while denying gay couples. I think hypocrisy comes into play with her failing to do her civic-bound duty and wanted to remain paid. This is just creating noise and being a bad representation of Christ.

There is Christian persecution in the world. There are those beheaded for their faith. There are those denied work for their faith. There are those who risk their health and livelihood and family and life to follow Christ. Kim Davis is no martyr. She is misguided. She is caught up in bigotry, confusing it with the will of God. She is being used by politicians who don’t care about her, or the couples of Rowan County, or Christianity at all. Everyone in this circus needs our prayers. Kyrie eleison.
Posted by Emily at 6:30 AM 0 comments

Email ThisBlogThis!Share to TwitterShare to FacebookShare to Pinterest
Labels: church and state

Friday was 9/11, which meant the “where were you?” talk happened. Normally, I’ve had this conversation with people my own age (we were all in school, given various access to TV), so it wasn’t until I had this conversation with adults (because 26 is still not an adult) did I realize how unusual my take of the day is. I was 12. Old enough to know what was going on, but not quite old enough to comprehend it. I didn’t have political opinions yet. Or knowledge of foreign affairs. I had snippets and phrases from the nightly news, but I wasn’t able to put pieces into a larger picture. I had no need to.

In adulthood, pre- and post- 9/11 have carried similar weight in my mind, similar time. But as I get older, I realize I don’t really understand pre-9/11. I remember being able to walk to the gate of an arriving flight, and I remember a series of news events (Monica, Kosovo, Columbine). But pre-9/11 and childhood are sort of the same thing to me, and I can’t tell if the difference is truly that stark or if it’s only because I became more politically aware around that time. There is a difference because adults told me there was a difference—that it was safer, more optimistic, less paranoid—but it was also that way because I was a kid. Of course everything felt safer, more optimistic, less paranoid.

In grad school I wrote a paper on Bloody Sunday and collective memory. For people growing up in Bogside, Bloody Sunday is a tragedy they all remember, whether they were alive then or not. The event is critical in the community’s narrative, and being personally connected to it is part of being connected to the community. 9/11 is one of those events everyone wants to be connected to. Everyone knows where they were; everyone has their own take. And as the children who are in school now weren’t alive then 9/11 happened, it is difficult to impress the importance of the day. They have never known an America not at war. A beginning and an end seem equally unimaginable.

“You’re able to say you were there, that you saw it happen,” I’m told. Yes, I saw it. I saw the broadcast live. I saw people’s reactions—worry, panic, confusion, rumors, prayers. I remember it personally. But I also remember it collectively. I remember the narrative handed down to me—that this was my generation’s Pearl Harbor and JFK assassination, that this changed everything. But I didn’t know that. Twelve-year-old me didn’t have enough understanding to determine how this tragedy ranked. I didn’t even know the phrase “terrorism” until at least September 12. My personal memory and the collective memory agree on some things and differ on others. And they are both real. I am both an individual and a member of a community. This will happen in every community I am a part of—family, region, religion. I will have my own experiences and memories, and I will have the communal narrative and memory. Sharing in that history is part of what makes me a member of the community.

Did 9/11 change my life? Not personally, not immediately. But it certainly changed the world I lived it. And for many people my age, the division of a pre- and post-9/11 world is also the division between childhood and adulthood. Nothing and everything is different. And future generations will be taught to understand that, even if they weren’t there.
Posted by Emily at 11:00 AM 0 comments

Email ThisBlogThis!Share to TwitterShare to FacebookShare to Pinterest
Labels: other 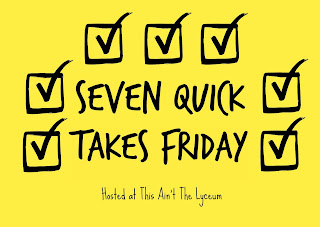 1. Yes, yes, I’ve been terrible at posting lately. Ugh. Looking back, my posting peak was definitely during my transition to Catholicism. Now I’m going weeks without learning new things. Shame on me.

2. I’ve started my new job and am trying to get into the swing of things. Right now I still feel like more of a nuisance than an asset.

3. I’m commuting 3 hours a day. That partly explains why I’m not writing much and also explains how I’m quickly tiring of all my favorite songs.

4. But I get to look at the mountains a lot while I drive. Yay! I fall more in love them each year.

5. On a light note: A bishop arrives late for a confirmation service in a Southern town. He stumbles hurriedly out of the car, vestments on but disheveled. He sees a man standing on the sidewalk and asks, "Is Mass out?" The man looks around at the bishop's backside and says, "No, but your hat's on crooked."

6. And another: A priest processes to the altar for Mass and realizes his microphone is faulty. He says loudly, "There's something wrong with this microphone!" The congregation replies, "And also with you."


I was thinking about my china doll faith the other day on a long drive home, and I wondered just why it was so difficult for me to pull my faith down from its pedestal, to make it livable. I put it there with best intentions and respect. But is it so fragile that I must keep it behind glass? Is my faith weak after all? Am I scared of it being tested and broken? What if it is tested? And what if it fails?

An anger rose up in me. Why would God lead me to conclusions that weren’t conclusive? Why pour all this effort and faith into something that might not last? Why make me go on the journey to begin with? I was perfected content in my home church and home denomination. I never sought out Catholicism. I never questioned or searched. I just did as he led. Isn’t that an infringement on my free will? I didn’t want this then, and I don’t want it now.

I was Lewis’ reluctant convert, angry at God for making himself so well known to me.

Knowledge is power. After obtaining faith, I have to do something about it. How wholly unfair. In a moment of anger I find it all unfair against me, while in truth, it is unfair but in my favor. So I get angry (surprisingly outside of Lent). God lets me throw my tantrum. Then I collect myself and we get on. There is work to do. I'm just not sure how I work yet.
Posted by Emily at 7:00 PM 0 comments


I was raised to respect myself and others. That meant holding on tight to my beliefs but not pushing onto others. Don’t discuss religion or politics in polite conversation. I didn’t want to be one of those Christians that holds up signs and wears “Jesus is my homeboy” shirts or signed yearbooks with Bible verses. Those seemed to cheapen religion. Advertising religion made it a product. Instead, it was something less tangible, more precious, like romance or family. It was something cherished in private.


And so I didn’t display my religion. Besides my blog and my bookshelf, my theology was not on display. I wasn’t praying in front of flagpoles or wearing WWJD bracelets (ok, not much). Even when I was joining the Catholic Church, I was not vocal about it. I didn’t want to be one of those zealous converts that can speak of nothing else. I didn’t want to burn out or burn those around me. I wanted my faith to be a slow ember, not a sparkler. It seemed like the reasonable, respectable approach. Reverent, sustainable.